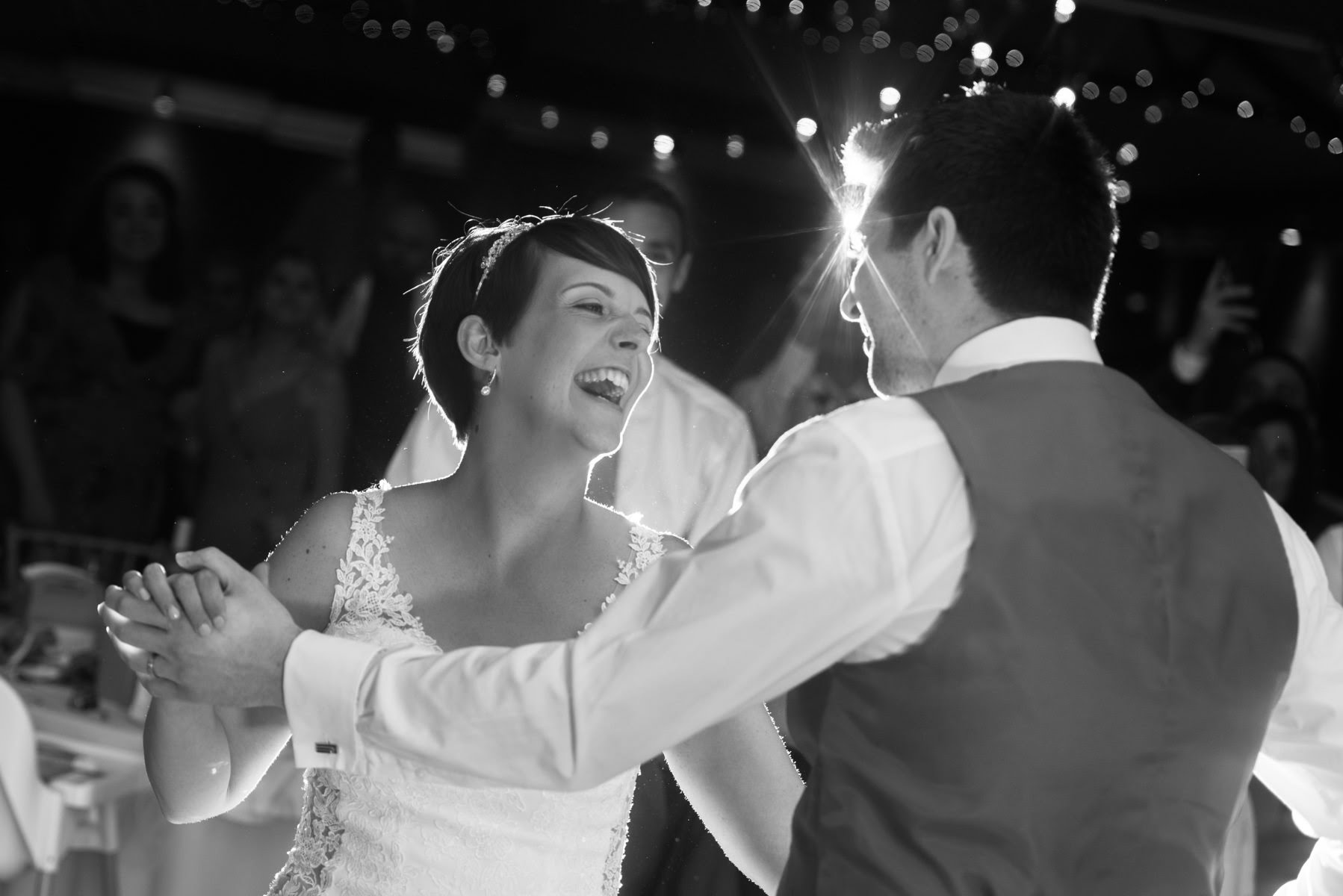 It really tests your skills as a wedding photographer. I took up that challenge for Tara & Mike a couple of weeks ago.

As always, I have to start with the weather …. which was fine on the day, so we can skip that!

I met Mike at the church, and had a quick mooch around to see what options we’d have for pictures after the ceremony.  Due to where the church was, there weren’t that many, but we’d sort that out afterwards!

Guests started arriving and the nerves started to increase, for the vicar!  She said she was nervous as it was the first time she’d covered a wedding at this particular church! First time I’ve heard that!  However, I explained that it was for me too, but I wasn’t nervous as we knew what we’re both doing. It was just somewhere different after all!  I think Nervous Vicar would be a great name for a band – don’t you? Anyway I digress!

The church was a large cavernous building without any pillars to obstruct anything, it also had a very large window that flooded it with light, which was perfect if you’re shooting from the back of it towards the altar.  It did make it a bit difficult shooting form the front though, as everyone who walked down the aisle was silhouetted.

Ceremony, prayers and hymns done. Register signed, aisle shots nailed and out into the Vicar’s garden for some formals. On to New Craven Hall.

New Craven Hall is basically an industrial unit in Leeds, and although that is fact, describing just as that wouldn’t do it justice.  Inside is a huge room which has that open New York Apartment feel to it. Its awesome!  Exposed brick and just the right amount of bare Edison light bulbs decorate it. Let’s not forget the well stocked bar either eh!  Its like the Tardis as you don’t think it’s going to be like that inside. Yes, outside shots are a challenge, but inside, you could be anywhere in the world, so who cares abut outside!  Well, we were!

Ss the weather was spot on, we were outside for the shots of just Tara and Mike.  Time to pull my creative hat down bit further!  For a laugh I suggested we do some shots by the bins, as there really is nothing there to give the backdrops that people see in so many wedding images.  Tara and Mike were up for it, so we tried, but not surprisingly they looked a bit …… “rubbish” …… see what I did there?! Pun very much intended! So we had to get arty and they stood against the metal corrugated exterior of the building …. no smiling though! Mike tapped into his inner model, which Tara found very funny, so there was a lot of smirking going on …. which is exactly what I wanted!   Back inside for the first dance, which was also great!

I absolutely loved the challenge of the venue, because if you embrace it, you find the opportunities.  Honestly, check out New Craven Hall, as it’s a little gem of a venue if you’re into your urban weddings!

Which is where I shall leave you, as I’m off to listen to some Nervous Vicar, whilst I edit some other shots!