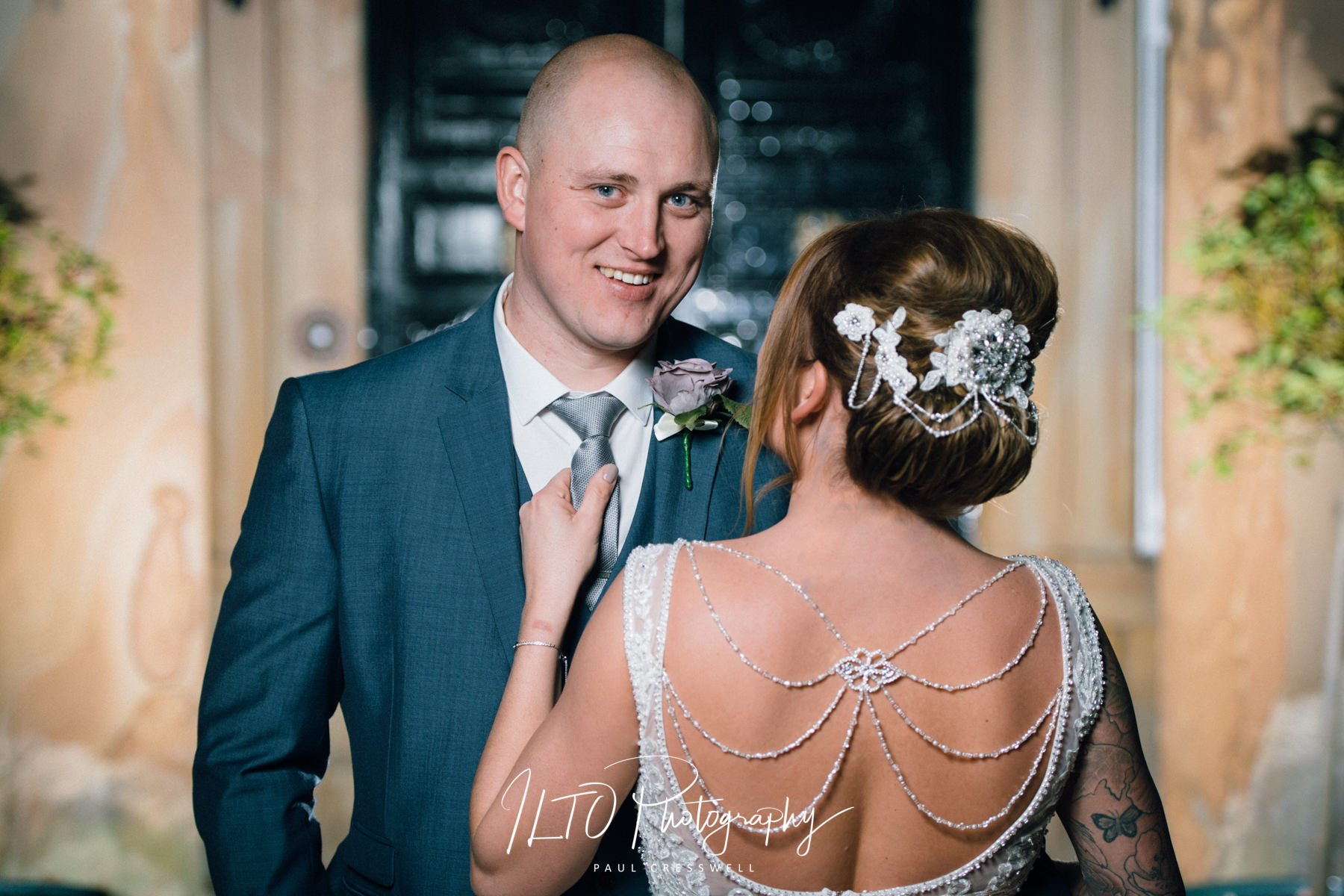 So you want a winter wedding and you want to give it that something extra eh?  How about getting married on New Years Eve! That’s what Sam & Lee did, and what a day it was too!

Waterton Park Hotel is on our doorstep, so the early start was fine, and when we arrived for the prep shots, the room was in a state of organised chaos as normal. Just how we like it as there is plenty going on!  Short joinery over to see Lee, and peace and calm was the order of the day.  Tie knots – check. Button holes – check.

The ceremony room at Waterton Park is a difficult place to shoot, but I do like a challenge. No windows, L shaped and pillars to boot.  Snoring, smiles and tears  – he did, she did, they did. Married!

Outside to battle my nemesis… the Winter Sun!  I have to admit that it beat me, so we did the formals in front of the house, which to be honest, I actually think look better as it’s such a lovely thing.

Funny speeches and an emotional slide show, the fun was handed over to Oliver Parker to do his thing.  He’s genuinely the only magician that we ever really recommend. Top lad with top skills!  Winter Wizard at a Winter Wedding!  I forgot to mention the caricaturist – he was pretty good too, even if he was late! We even had a meteor appear! How many people get that on their wedding day!